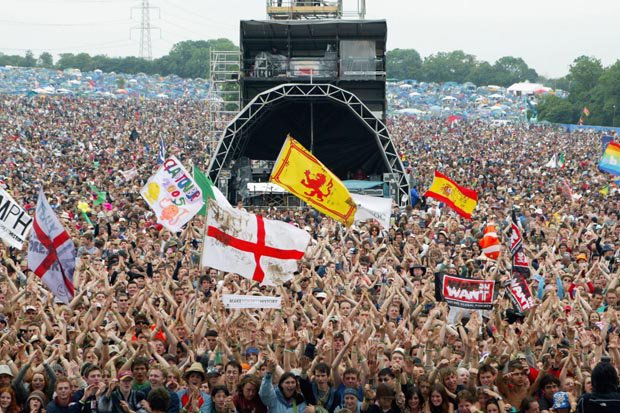 Glastonbury Festival is a five-day festival of contemporary performing arts. In addition to contemporary music, the festival hosts dance, comedy, theatre, circus, cabaret, and other arts. Leading pop and rock artists have headlined, alongside thousands of others appearing on smaller stages and performance areas. Films and albums recorded at Glastonbury have been released, and the festival receives extensive television and newspaper coverage. Glastonbury is the largest greenfield festival in the world, and is now attended by around 175,000 people,requiring extensive infrastructure in terms of security, transport, water, and electricity supply. The majority of staff are volunteers, helping the festival to raise millions of pounds for good causes.

The festival takes place in south west England at Worthy Farm between the small villages of Pilton and Pylle in Somerset, six miles east of Glastonbury. In recent years the site has been organized around a restricted backstage compound, with the Pyramid stage on the north, and Other stage on the south of the compound. Attractions on the east of the site include the acoustic tent, comedy tent and circus.