The United States prevents Charlie Chaplin from entering the country after a trip to England. 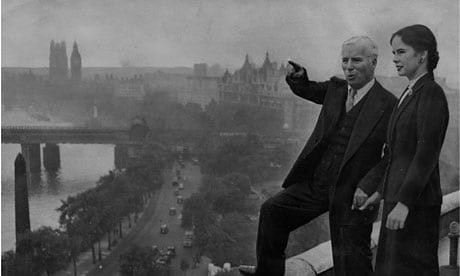 September 1952 marked Charlie Chaplin’s first visit to England in 21 years; yet it also marked the beginning of his exile from the United States. The trip to Europe was meant to be a brief one to promote his new film Limelight, with Chaplin remarking upon his departure that “I shall probably be away for six months, but no more.” However, on 19 September, while Chaplin was still at sea, the US Attorney-General announced plans to lauch an inquiry into whether he would be re-admitted to the US. In the end it would be 20 years before he would return.

US press such as the New York Times cautioned that “those who have followed him through the years cannot easily regard him as a dangerous person”; but, as the above article reporting from a press conference given by Chaplin at Cherbourg on 22 September details, American critics of Chaplin’s “anti-Americanness’ had been following him since 1917.

Chaplin arrived in Southampton on 23 September to a rapturous greeting from fans and well-wishers, and later that day gave a press conference in London where he resolutely stated that he was not a Communist, but someone “who wants nothing more for humanity than a roof over every man’s head.”