The Soviet occupation of Hungary comes to an end. 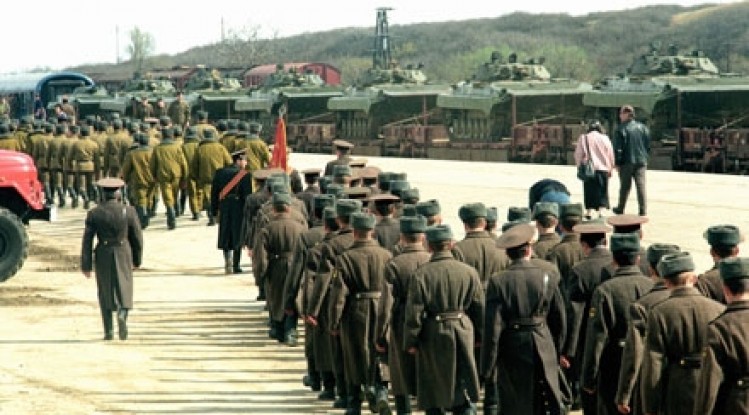 On this day (19th June) in 1991, the last Soviet troops were withdrawn from Hungary which had been there for 45 years following World War II. The road to this historic moment was not a smooth one, with 45 years of oppression under their belt. The beginning of this process was kickstarted when Janos Kadar was replaced by Karoly Grosz.

When Miklos Nemeth was appointed Prime Minister in November 1988 a democracy package was soon adopted, introducing freedom of association, assembly and press; new electoral law: and a revision of the constitution by January 1989. Mass demonstrations broke out on 15th March, during which the people called for more reforms, which encouraged the beginning of the Round Table talks on the 22nd April with many different parties.

On the 2nd May 1989, the Iron Curtain (a term used to describe the split between the capitalist west and communist east) began to fall when the 150 mile fence between Hungary and Austria began to be removed. This was symbolically shown by the Austrian and Hungarian foreign ministers cutting a section of the fence on the 27th June.

While this was clearly allowing Hungarians to travel to Austria, it also had an effect on communist Eastern Germany, run by Erich Honicker, a hardliner unwilling to install reforms. With Hungary being a popular holiday destination for East Germans, the opening of the border allowed them to flee west. This was especially noticeable during the three hours that opened the border gate between Sankt Margarethen im Burgenland (Austria) to SopronkOhida (Hungary) for the Pan-European picnic on the 19th August, which saw more than 600 East Germans running west.

The Hungarian borders were finally opened with Eastern Germany on 11 September 1989.