The Schoenstatt Movement is founded in Germany. 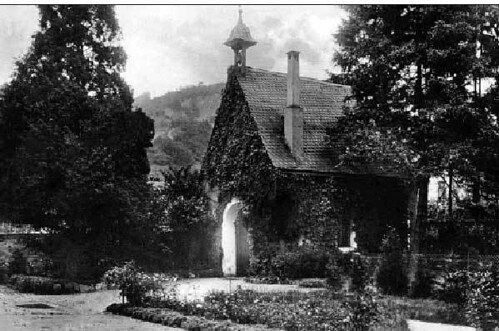 The Apostolic Movement of Schoenstatt is a Roman Catholic Marian Movement founded in Germany in 1914 by Father Joseph Kentenich. Fr. Kentenich saw the movement as being a means of spiritual renewal in the Catholic Church. The movement is named Schoenstatt (which means “beautiful place”), after a small village close to the town of Vallendar near Koblenz in Germany.

The group focuses on education and spiritual formation. According to their website, “We seek to grow as free, dedicated, and active witnesses of Christ in modern life by uniting our faith with our everyday lives. We look to Mary to educate us in this task and to guide us in becoming better followers of Christ.”

The Schoenstatt Movement was founded at Schoenstatt, a minor seminary conducted by the Pallottines for those intending to work as missionaries in Africa. It grew out of a Marian sodality established there in April 1914. The superior offered the sodality use of St. Michael’s Chapel, near the school. Father Kentenich, the seminary’s spiritual director, inspired in part by the success of Bartolo Longo in establishing the Marian shrine to Our Lady of the Rosary of Pompei, felt called to establish a new shrine at Schoenstatt.

Kentenich’s guidance of the religious brotherhood was influenced by the works of St. Louis Grignion de Montfort.
Schoenstatt officially became a movement with its own structure in 1919. On July 18, 1919 the Pallottines assigned Fr. Kentenich to work full-time with the new movement. The first formal gathering was in Hoerde, August 20, 1920, where the first organizational principles were laid. On December 8, 1920, the first women were accepted into the women’s branch of the “Apostolic Federation of Schoenstatt” including Gertraud von Bullion.

Father Kentenich was arrested and sent to the Dachau Concentration Camp in 1941, where he began to spread the message of the Schoenstatt Movement to fellow prisoners.