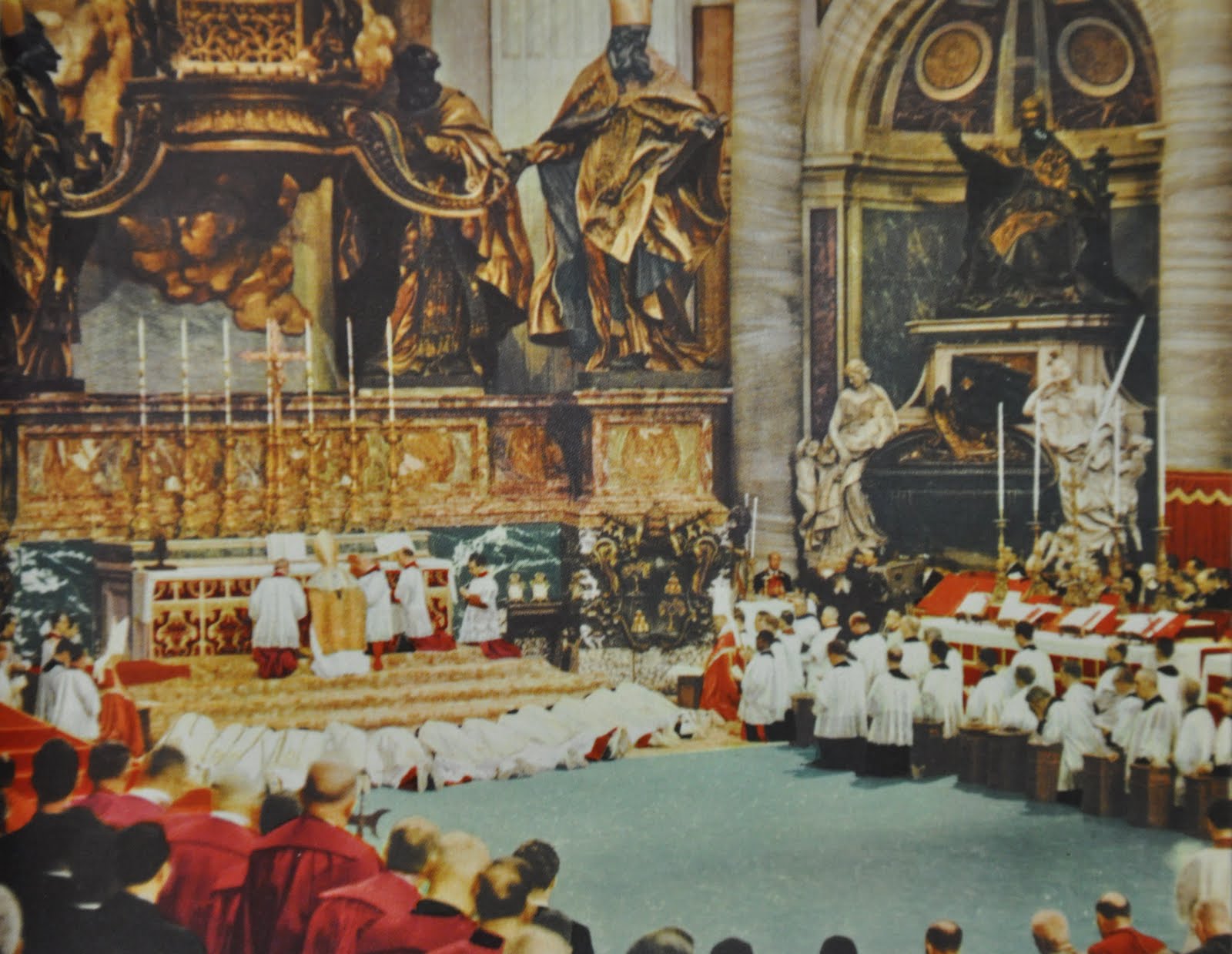 On this day, November 18, 1626, the new St. Peter’s Basilica in Rome was consecrated by Pope Urban VIII. Rather than try to preserve the old failing structure, the Vatican decided to demolish it, preserving only the altar, and starting over again.

Somewhere within the depths of St. Peter’s Basilica, under the altar, is said to lay the tomb of Saint Peter, one of Jesus’s apostles. The church itself holds a high place in the Christian tradition, standing since the fifth century A.D. Peter’s burial ground was marked simply with a red stone, then adorned with a small shrine, and then at the behest of Emperor Constantine I, the first to convert to Christianity, a basilica that stood for twelve centuries. Given ancient-world architectural techniques, it was surprising the church survived as long as it did, but by the 1600s, Pope Julius II knew major renovations were in order.