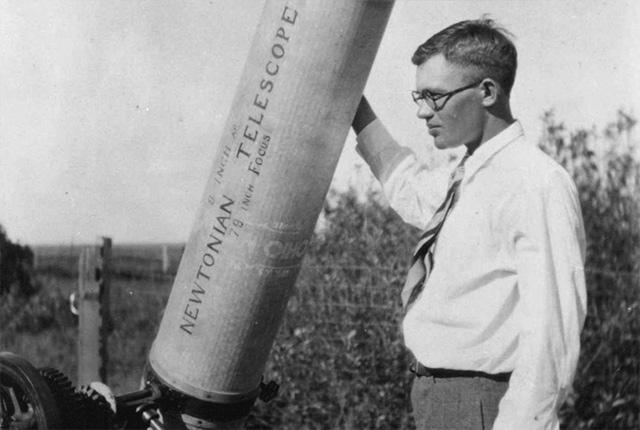 On February 18, 1930, amateur astronomer Clyde Tombaugh discovered “Planet X” using an astrograph, which is essentially a space camera. Planet X was soon named Pluto, and the rest is a nerd battle of historical proportions.

Tombaugh started as a Kansas farm boy, and did not attend college until after he discovered Pluto. He had a knack for building things, particularly his own telescopes. This got him a job at the Lowell Observatory in Flagstaff, Arizona starting in 1929. He earned the job after mailing in his own hand-drawn observations of the planets Mars and Jupiter, as observed using a hand-made nine-inch reflector telescope. Tombaugh sought Pluto based on a prediction made by Percival Lowell and William Pickering. They had observed wobble in the outer planets’ orbits, and hypothesized that it was caused by some as-yet-unknown planet in a trans-Neptunian orbit.

On one fateful February day, Tombaugh saw the tiny speck of Pluto on a photographic plate. He found it using a “blink comparator,” a device with which you flip between two images—each taken by the astrograph—and spot tiny dots that move in an unexpected way. It was a tremendous discovery, relying both on high technology and hard work. Tombaugh went on to college after his discovery (he got a scholarship to the University of Kansas). He continued to work in astronomy for decades, eventually becoming a professor at New Mexico State University. He discovered hundreds of objects (mainly asteroids) in the solar system, and took up writing in his later years.