The USA launches the Vanguard 1 satellite. 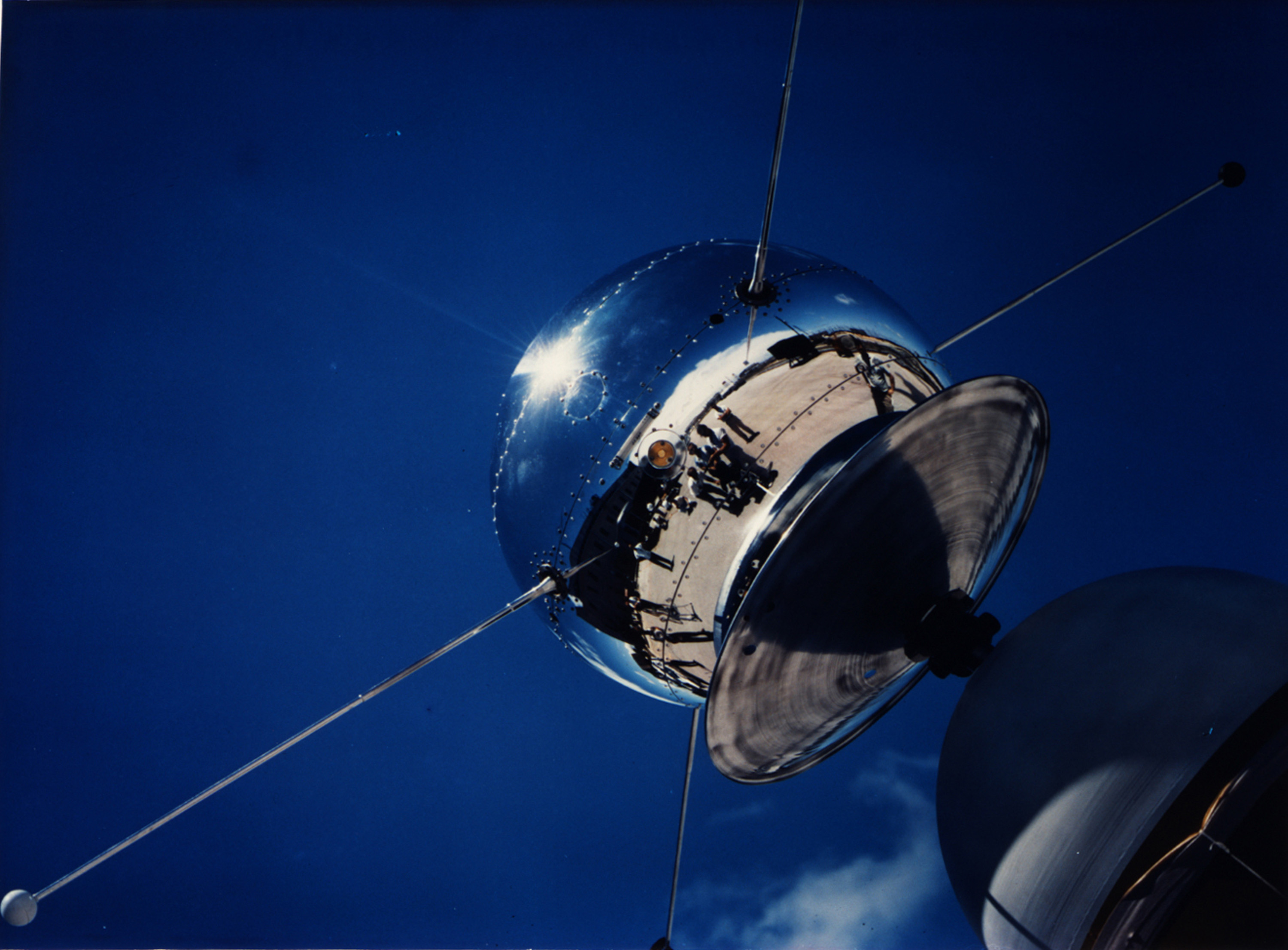 Vanguard 1 was the first satellite to have solar electric power. Although communication with the satellite was lost in 1964, it remains the oldest man-made object still in orbit, together with the upper stage of its launch vehicle. It was designed to test the launch capabilities of a three-stage launch vehicle as a part of Project Vanguard, and the effects of the space environment on a satellite and its systems in Earth orbit. It also was used to obtain geodetic measurements through orbit analysis. Vanguard 1 was described by the Soviet Premier, Nikita Khrushchev, as “the grapefruit satellite”.

Spacecraft design
The spacecraft is a 1.47 kg aluminum sphere 16.5 cm in diameter. It contains a 10 mW, 108 MHz transmitter powered by a mercury battery and a 5 mW, 108.03 MHz transmitter that was powered by six solar cells mounted on the body of the satellite. Six short antennas protrude from the sphere. The transmitters were used primarily for engineering and tracking data, but were also used to determine the total electron content between the satellite and the ground stations. Vanguard also carried two thermistors which measured the interior temperature over sixteen days in order to record the effectiveness of the thermal protection.

A backup version of Vanguard 1 is on display at the Smithsonian National Air and Space Museum, Steven F. Udvar-Hazy Center in Chantilly, Virginia.

Mission
On March 17, 1958, the three-stage launch vehicle placed Vanguard into a 654-by-3,969-kilometer , 134.2 minute elliptical orbit inclined at 34.25 degrees. Original estimates had the orbit lasting for 2,000 years, but it was discovered that solar radiation pressure and atmospheric drag during high levels of solar activity produced significant perturbations in the perigee height of the satellite, which caused a significant decrease in its expected lifetime to only about 240 years. Vanguard 1 transmitted its signals for nearly seven years as it orbited the Earth.

Radio beacon
A 10 mW transmitter, powered by a mercury battery, on the 108 MHz band used for International Geophysical Year scientific satellites, and a 5 mW, 108.03 MHz transmitter powered by six solar cells were used as part of a radio phase-comparison angle-tracking system. The tracking data were used to show that the shape of the Earth has a very slight north-south asymmetry, occasionally described as “pear-shaped” with the stem at the North Pole. These radio signals were also used to determine the total electron content between the satellite and selected ground-receiving stations. The battery-powered transmitter provided internal package temperature for about sixteen days and sent tracking signals for twenty days. The transmitter powered by solar cells transmitted for more than six years. Its signal gradually weakened and was last received at Quito, Ecuador, in May of 1964. Since then the spacecraft has been tracked optically from Earth, via telescope.