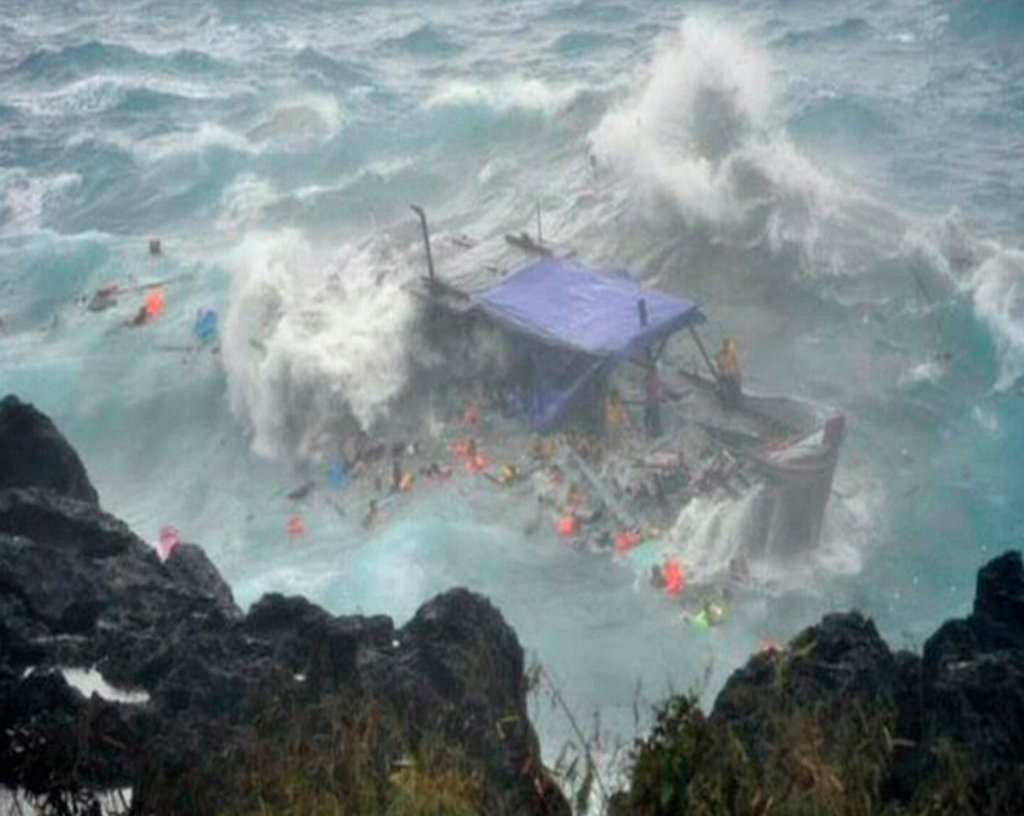 A boat of asylum seekers crashes into rocks off the coast of Christmas Island, Australia, killing 48 people.

On 15 December 2010, a boat carrying around 90 asylum seekers, mostly from Iraq and Iran, sank off the coast of Christmas Island, an Australian territory in the Indian Ocean, killing 48 people aboard; 42 survivors were rescued.

At about 6.30 a.m. local time the boat collided with rocks north of Flying Fish Cove close to Rocky Point and was then smashed against the nearby cliffs, complicating rescue attempts. For a period of about one hour, the unpowered boat was washed back and forth as backwash pushed it away from the cliff. Many of those who entered the water grabbed onto the flotsam and jetsam as the boat quickly broke up.Residents tried to help victims by throwing them life jackets and other objects. Some refugees were battered by the debris from the disintegrating boat and some were able to use the life jackets thrown from the shore. Rescue efforts by Australian Customs and Border Protection included allocation of HMAS Pirie and ACV Triton, with at least 42 survivors having been recovered from the ocean. One man was able to scramble ashore himself with a great leap.[10] Poor weather conditions made rescue operations difficult. Two critical care teams from the Royal Flying Doctor Service of Australia left from Perth to provide medical assistance.