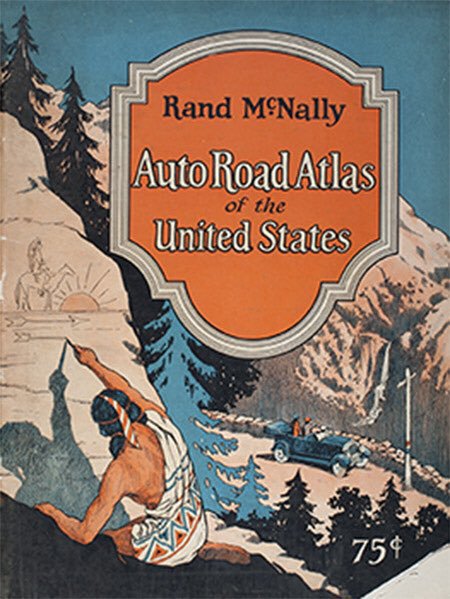 Before there were smart phones and Google Maps, people relied on road atlases and paper maps stored in their glove boxes. The most ubiquitous of these was the always-handy Rand McNally Road Atlas.

It wasn’t until April 15, 1924, though, that the first Rand McNally Auto Chum – later to become the Road Atlas – was published. That auto chum included hand-drawn maps and no interstates, and it came without an index. But it was still a landmark for auto travel, which had previously been relatively ad hoc.

What began as a Chicago printing company in the 1850s quickly moved from producing railroad timetables to publishing railroad guides. As the company — founded by William Rand and Andrew McNally — moved into textbooks and globes, it only made sense for it to eventually print maps of the country’s new road networks as well. In 1904, it published its first automobile road map.

With car travel on the rise, figuring out how to get where you were going became increasingly important. In those early days of driving, Rand McNally actually developed the system of numbering highways that has since been widely adopted. It even posted the roadside signs on many highways. As the oil industry realized how useful maps could be in encouraging people to get out on the open road, Rand McNally began publishing maps for Gulf Oil Company service stations to distribute for free.

If you head out on a road trip today, you’ll probably rely on apps and digital directions. But if you want to explore the unknown out of cell service, don’t forget your road atlas.