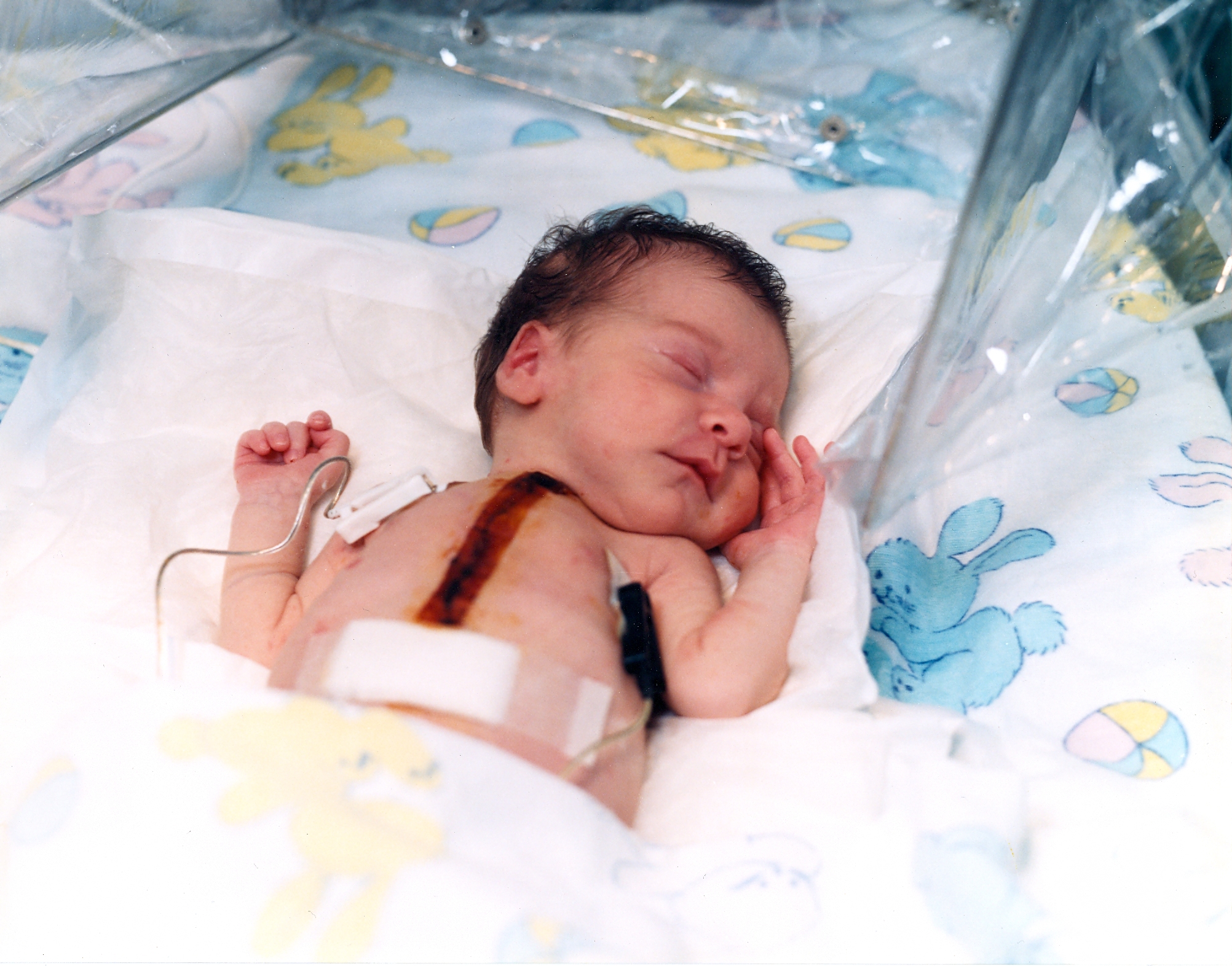 “Baby Fae” receives a heart transplant from a baboon.

Stephanie Fae Beauclair better known as Baby Fae, was an American infant born in 1984 with hypoplastic left heart syndrome. She became the first infant subject of a xenotransplant procedure and first successful infant heart transplant, receiving the heart of a baboon. Though she died within a month of the procedure, she had lived weeks longer than any previous recipient of a non-human heart.Although Fae initially improved steadily, she began to decline 14 days after the transplant and died on Nov. 16, 1984. It ended an extraordinary experiment that had captured the attention of the world and made medical history.