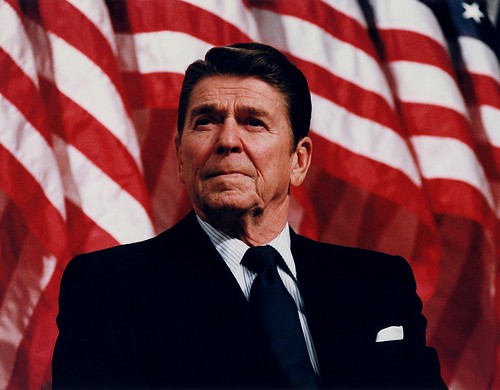 On this day in 1982, President Ronald Reagan declared illicit drugs to be a threat to U.S. national security.

Richard M. Nixon, the president who popularized the term “war on drugs,” first used the words in 1971. However, the policies that his administration implemented as part of the Comprehensive Drug Abuse Prevention and Control Act of 1970 dated to Woodrow Wilson’s presidency and the Harrison Narcotics Tax Act of 1914. This was followed by the creation of the Federal Bureau of Narcotics in 1930.

Speaking at the Justice Department, Reagan likened his administration’s determination to discourage the flow and use of banned substances to the obstinacy of the French army at the Battle of Verdun in World War I — with a literal spin on the “war on drugs.” The president quoted a French soldier who said, “There are no impossible situations. There are only people who think they’re impossible.”

Spreading the anti-drug message, first lady Nancy Reagan toured elementary schools, warning students about the danger of illicit drugs. When a fourth grader at Longfellow Elementary School in Oakland, Calif., asked her what to do if approached by someone offering drugs, the first lady responded: “Just say no.”

In 1988, Reagan created the Office of National Drug Control Policy to coordinate drug-related legislative, security, diplomatic, research and health policy throughout the government. Successive agency directors were dubbed “drug czars” by the media. In 1993, President Bill Clinton raised the post to Cabinet-level status.

On May 13, 2009, R. Gil Kerlikowske, the current director of the Office of National Drug Control Policy, signaled that though the Obama administration did not plan to significantly alter drug enforcement policies, it would not use the term “war on drugs,” saying it was “counterproductive.”