The first prototype of the Russian fighter MiG-17 makes its maiden flight. 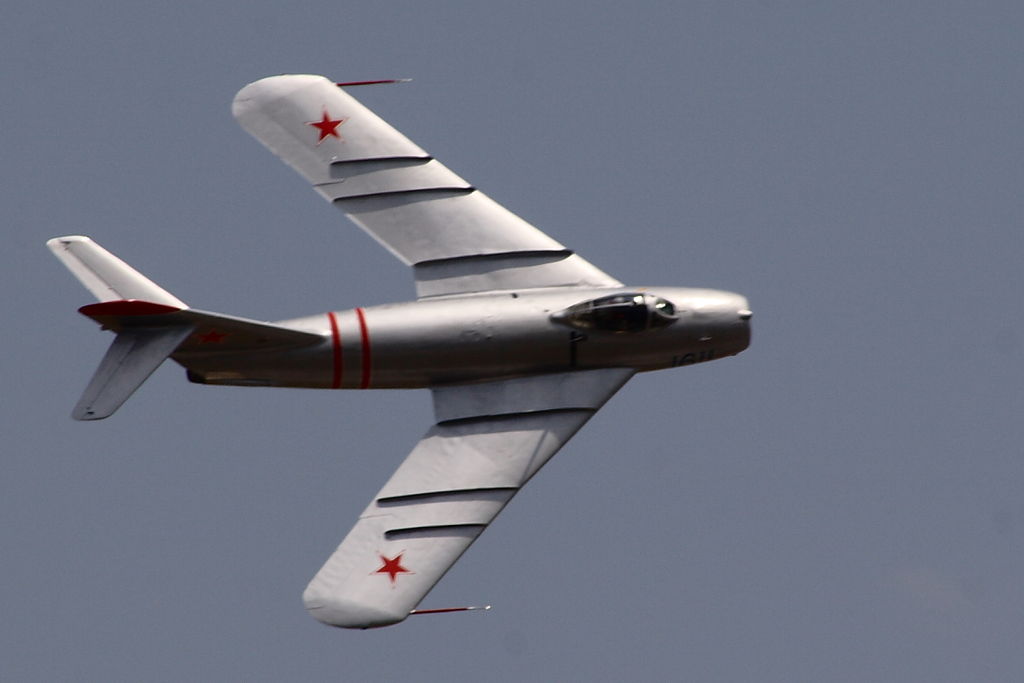 The Mikoyan-Gurevich MiG-17 is a high-subsonic fighter aircraft produced in the USSR from 1952 and operated by numerous air forces in many variants. It is an advanced development of the very similar appearing MiG-15 of the Korean War.

While the MiG-15bis introduced swept wings to air combat over Korea, the Mikoyan-Gurevich design bureau had already begun work on its replacement in 1949, originally the MiG-15bis45, which would fix any problems found with the MiG-15 in combat. The result was one of the most successful transonic fighters introduced before the advent of true supersonic types such as the Mikoyan-Gurevich MiG-19 and North American F-100 Super Sabre. The design would ultimately still prove effective into the 1960s when pressed into supersonic dogfights over Vietnam against much faster planes which were not optimized for maneuvering in such slower speed, short-range engagements.

The first prototype, designated I-330 “SI” by the construction bureau, was flown on the 14 January 1950, piloted by Ivan Ivashchenko.The MiG-17 first saw combat in 1958 over the Straits of Taiwan and was used as an effective threat against supersonic fighters of the United States in the Vietnam War.

Also on this day:
14 January 2017: The passing away of George Geppner