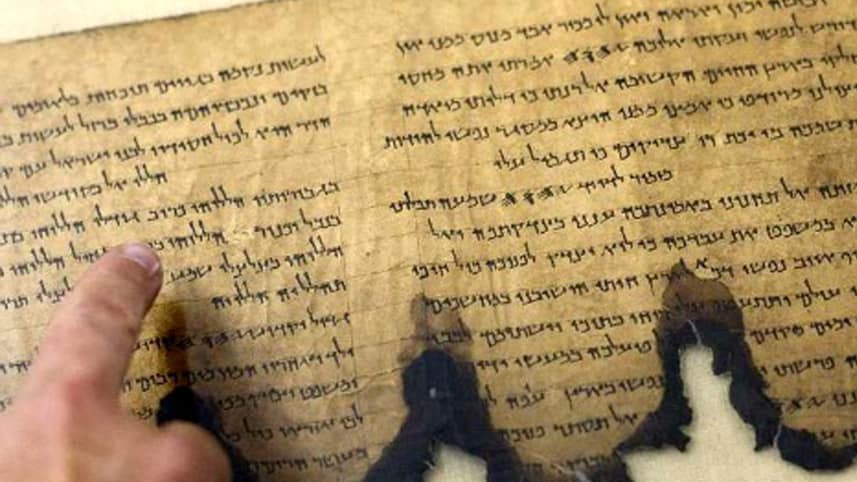 On February 13, 1955, Israel’s prime minister, Moshe Sharett, held a press conference to announce that the country had acquired four more of the fabled Dead Sea Scrolls, an acquisition of sterling importance to scholars of ancient Judaism and early Christianity and a real coup for the fledgling state’s national pride.

The initial discovery of what came to be known collectively as the Dead Sea Scrolls — referring to whole documents and fragments of some 950 parchment scrolls, dating to the period between the 3rd century B.C.E. and the 1st century C.E. — was in 1946. That’s when three Bedouin of the Ta’amra tribe happened upon the first part of a cache of seven rolled-up pieces of parchment, stored for over 2,000 years in clay jars in a cave in the hills overlooking the western shore of the Dead Sea, adjacent to the site known as Qumran, north of Ein Gedi.