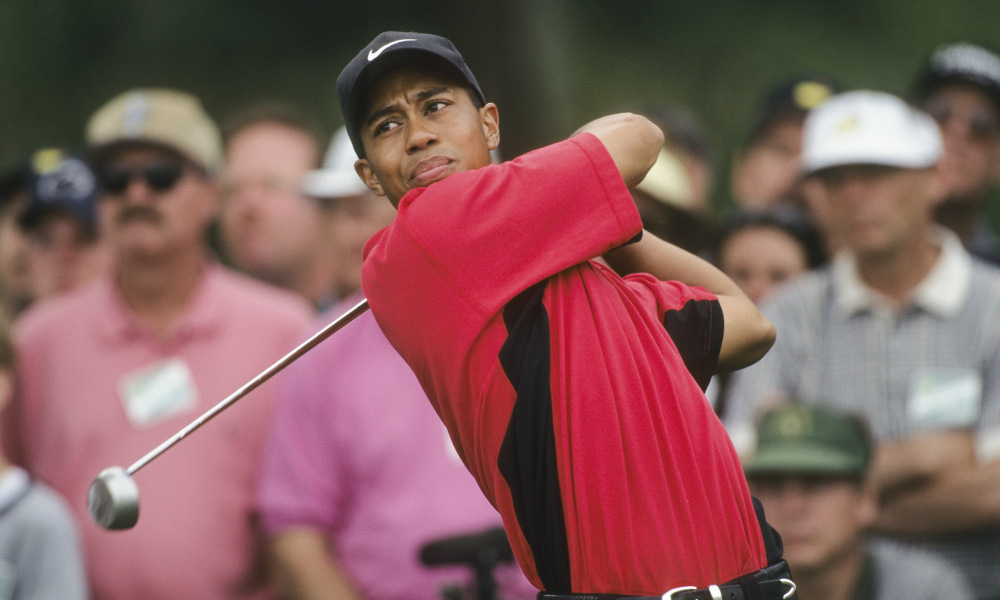 On this day in April 13, 1997, 21-year-old Tiger Woods wins the prestigious Masters Tournament by a record 12 strokes in Augusta, Georgia. It was Woods’ first victory in one of golf’s four major championships–the U.S. Open, the British Open, the PGA Championship, and the Masters–and the greatest performance by a professional golfer in more than a century.

Eldrick “Tiger” Woods was born in a suburb of Los Angeles, California, on December 30, 1975. The only child of an African-American father and a Thai mother, Woods was encouraged from infancy by his father for a career in golf. At the age of two, he teed off against comedian Bob Hope on television’s Mike Douglas Show. At five years old, he was featured on the television show That’s Incredible. At age eight, Tiger won his first junior world championship, and in 1991, at age 15, he became the youngest player ever to win the U.S. Junior Amateur Championship. He also captured the 1992 and 1993 Junior Amateur titles, and in 1994 accepted a scholarship to attend Stanford University. That year, he came from six holes behind to win the first of his three consecutive U.S. Amateur championships. He was 18 years old and the youngest Amateur champion in history.

In 1995, Tiger played the Masters, his first professional major championship. The Augusta National Golf Club, which runs the Masters, had not let an African-American join its ranks until 1991. Woods finished 41st in his first Masters appearance. In 1996, he won the collegiate title. By this time, he was already attracting considerable media attention and attracting throngs of new fans to the sport. After claiming his third U.S. Amateur title, Woods left college and turned professional in August 1996. Playing as a pro in eight Professional Golfers’ Association events in 1996, he won a title and was named the PGA Tour’s outstanding rookie. In December 1996, he was celebrated by the magazine Sports Illustrated as its “Sportsman of the Year.”