The first female priests are ordained by the Church of England. 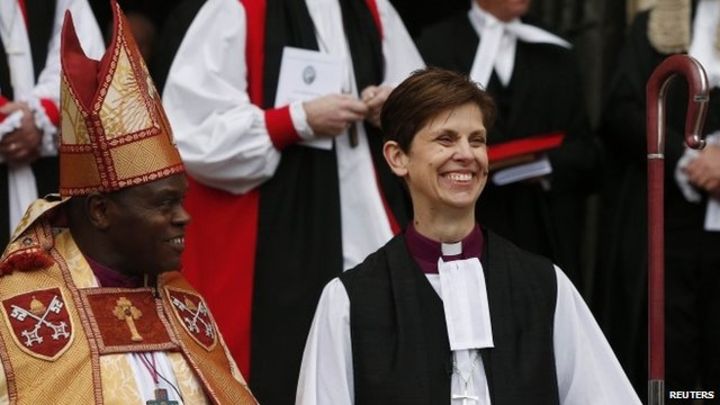 Since the Church of England’s split with Rome in 1534, it’s always trodden a dainty path between the Catholicism of the High Church, and the Protestantism of the Reformation. That’s meant a fair few compromises. But one thing it didn’t compromise on for nearly 400 years was ordaining women as priests.

The idea was first tentatively floated in 1920. But it took until 1975 for the General Synod to pass a motion saying it had “no fundamental objections” to the ordination of women to the priesthood. But it didn’t actually do anything concrete about it.

In 1985 it passed laws allowing women to be deacons. But understandably, pressure continued to allow women into the priesthood.

That didn’t happen for a while. In 1988, the General Synod approved the draft legislation to allow women priests. It finally voted in favour of women priests in 1992, after a five-hour debate – and by just two votes.

But a lot of people weren’t happy. In fact, 400 vicars were so opposed to the idea of women priests that they flounced off en masse to the Roman Catholic Church.

And for those who stayed, but who couldn’t abide the idea of a woman in the pulpit, the rather bonkers plan of ‘flying bishops’ was devised – traditionalist bishops who could swoop down from on high, bringing manly ministrations to parishes who wanted their vicar to be a chap.

It took another 20 years for the even more outlandish idea of women bishops to be accepted, however. The Church only formally adopted legislation to allow that in November 2014. The Rt Rev Libby Lane, was ordained as the Bishop of Stockport in January 2015.