Construction starts on the Gateway Arch in St Louis, Missouri. 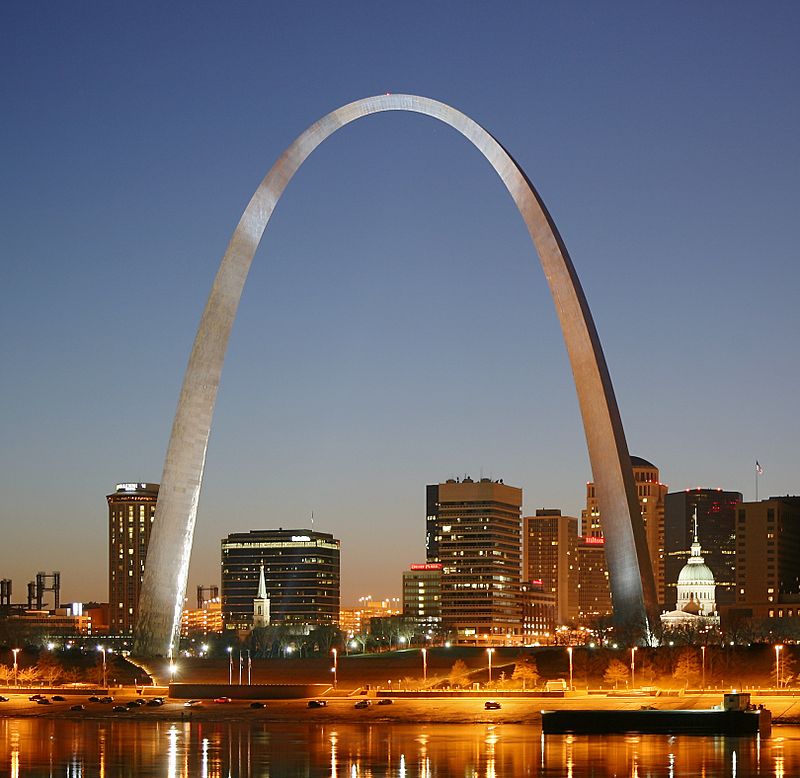 The Gateway Arch is a 630-foot monument in St. Louis in the U.S. state of Missouri. Clad in stainless steel and built in the form of an inverted, weighted catenary arch,it is the world’s tallest arch, the tallest man-made monument in the Western Hemisphere, and Missouri’s tallest accessible building. Built as a monument to the westward expansion of the United States, and officially dedicated to “the American people,” it is the centerpiece of the Jefferson National Expansion Memorial and has become an internationally recognized symbol of St. Louis, as well as a popular tourist destination.

The Arch was designed by Finnish-American architect Eero Saarinen in 1947; construction began on February 12, 1963, and was completed on October 28, 1965, for $13 million. The monument opened to the public on June 10, 1967. It is located at the site of St. Louis’ founding on the west bank of the Mississippi River.The Arch has served as the site for multiple incidents, accidents, and stunts, and following the Oklahoma City bombing of 1995, and the September 11 attacks has received a number of security related upgrades.