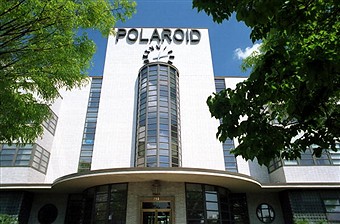 Polaroid Corp. filed for voluntary Chapter 11 bankruptcy protection in Delaware Friday, capping three days of speculation in which the instant photography company’s stock had not traded.

The company, which has been struggling with more than $900 million in debt, said it still is considering an outright sale of all or part of the company and that it plans to cut further staff, close facilities and sell non-core assets to reduce costs.

Filing Chapter 11 bankruptcy protects a company from creditors and keeps it operational until a restructuring plan can be formed to either lift it out of debt, sell, or liquidate assets.

The intent had been to pursue an out-of-court , pre-negotiated bankruptcy filing, but ultimately the company’s liquidity was just too tight and it just couldn’t hold out long enough to get a deal done,” said Brad Geer of Houlihan Lokey Howard and Zukin, the financial firm advising Polaroid’s bondholders.

Polaroid said it has obtained a commitment for $50 million in debtor-in-possession financing from a bank group led by J.P. Morgan Chase & Co. Upon court approval, which is expected shortly, $40 million will be available immediately on an interim basis to pay suppliers and help keep the company operational. The full $50 million commitment is subject to final court approval and other conditions.

Polaroid said it will continue to manufacture, market and distribute its core instant imaging products and to provide customer service and support. Employees will continue to be paid with full benefits.