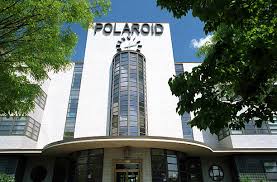 The original Polaroid Corporation filed for federal bankruptcy protection on October 11, 2001. The outcome was that within ten months, most of the business including the “Polaroid” name itself and non-bankrupt foreign subsidiaries had been sold to Bank One’s One Equity Partners. OEP Imaging Corporation then changed its name to Polaroid Holding Company. However, this new company operates using the name of its bankrupt predecessor, Polaroid Corporation.

Significant criticism surrounded this “takeover” because the process left executives of the company with large bonuses, while stockholders, as well as current and retired employees, were left with nothing. The company announced a plan that gave the top 45 executives bonuses just for staying at their jobs. Meanwhile, other employees were restricted from selling their stock before leaving their jobs.

As part of the settlement, the original Polaroid Corporation changed its name to Primary PDC, Inc. Having sold its assets, it was now effectively nothing more than an administrative shell. Primary PDC received approximately 35 percent of the “new” Polaroid, which was to be distributed to its unsecured creditors including bondholders. As of late 2006, Primary PDC remained in existence under Chapter 11 bankruptcy protection, but conducts no commercial business and has no employees.

Polaroid’s bankruptcy is widely attributed to the failure of senior management — unable to anticipate the impact of digital cameras on its film business. This type of managerial failure is also known as the success trap

After the bankruptcy, the Polaroid brand was licensed for use on other products with the assistance of Skadden, Arps, Slate, Meagher & Flom. In September 2002, World Wide Licenses, a subsidiary of The Character Group plc, was granted the exclusive rights for three years to manufacture and sell digital cameras under the Polaroid brand for distribution internationally. Polaroid branded LCDs and plasma televisions and portable DVD players had also appeared on the market.

On April 27, 2005, Petters Group Worldwide announced its acquisition of PHC. Petters has in the past bought up failed companies with well-known names for the value of those names. The same year, Flextronics purchased Polaroid’s manufacturing operations and the decision was made to send most of the manufacturing to China. It stopped making Polaroid cameras in 2007 and discontinued the sale of Polaroid film after 2009 to the dismay of loyal consumers. On December 18, 2008, the post-reorganization Polaroid Corp. filed for Chapter 11 bankruptcy protection in U.S. Bankruptcy Court for the District of Minnesota. The bankruptcy filing came shortly after the criminal investigation of its parent company, Petters Group Worldwide, and the parent company founder, Tom Petters.