About 110 boys are killed at a carnival during a stampede at the Convent of the Minori Osservanti in Valletta, Malta. 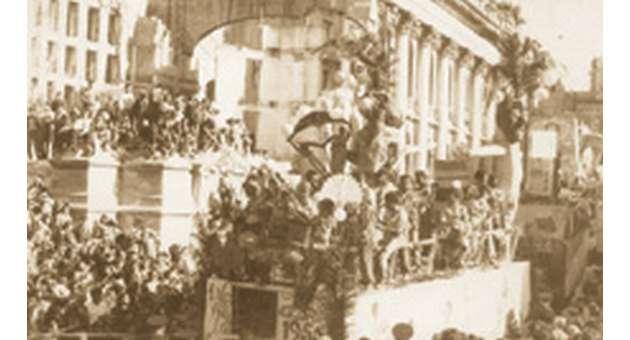 The last day of carnival, 94 dead children between the ages of 15 and 16 years were brought to the men’s hospital. They had died of suffocation in the corridor of the ground floor of the convent of the Minori Osservanti of Valletta at 6.30pm after the procession that is customarily held during the days of carnival. The next day they were conveyed to the cemetery.”

At the time, Malta was experiencing rampant famine and it was customary to provide poor children from Valletta and Cottonera with bread and fruit to keep them away from the “confusion of carnival”. Food had to be distributed at the Ta’ ?ie?u convent, in Valletta, following a procession from Floriana.Several adults joined the children at the convent event to have their share of the bread being handed out. They entered through the convent’s vestry, walked through a corridor, which included a flight of eight steps, and headed towards an exit in St Ursula Street.
No less than 110 boys perished on this occasion from suffocation, by being pressed together in so small a space or trampled upon

When all were in, the vestry door was closed to stop those already given bread from going back in again for a second helping. Accidently, the lamp illuminating the corridor was extinguished and a commotion arose leading to the stampede and the death of at least 94 children, according to hospital records.The exact number of victims is not clear and, in fact, contemporary reports hold that “no less than 110 boys perished on this occasion from suffocation, by being pressed together in so small a space or trampled upon.”