One of the founders of Alcoholics Anonymous, Bill Wilson, takes his last drink. 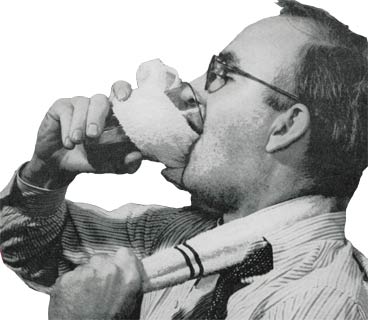 On December 11, 1934, William Griffith Wilson took his last drink of alcohol. He didn’t know it at the moment, nor did he know he was about to start a new chapter in his life, and the lives of thousands of Americans.In the aftermath of his last bout of drinking, Wilson once again entered a detoxification program. He was hoping this time he could end the 13-year struggle with alcohol that had destroyed his career and his health.

Six years passed. Two thousand Americans had joined the program and many had recovered sobriety and sanity in their lives. But the program was still relatively unknown, and had never promoted itself to the public. Then, in March, the Post published “Alcoholics Anonymous” by Jack Alexander and introduced this unusual program to the rest of America. But of all the remarkable aspects of the program, the most important was its success. Over the years, thousands of Americans were able to reclaim their lives, their families, and their careers through the program.