Astronomers discover the rings of the planet Uranus. 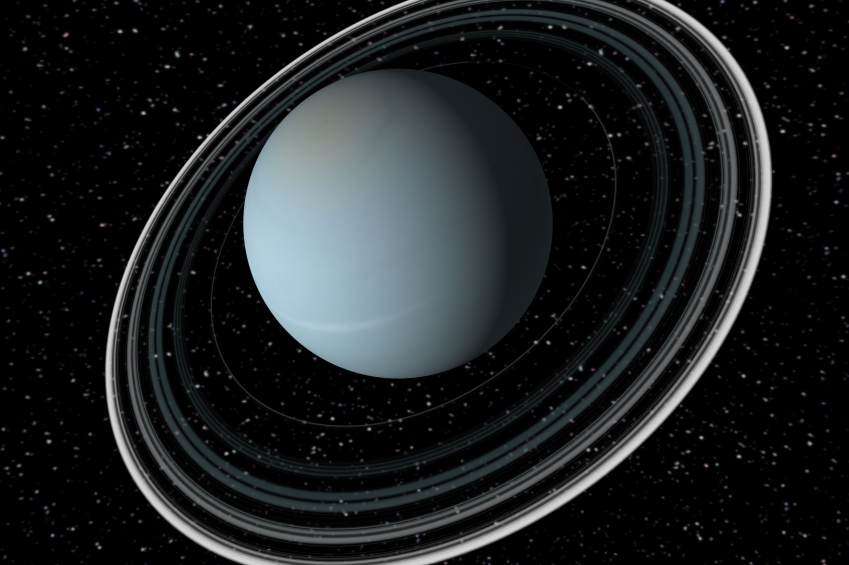 For being the third largest body in our solar system not including the Sun, there really wasn’t much info about Uranus until the invention of powerful modern telescopes. While astronomers have known of it’s existence since the 16th century, it wasn’t until 1781 that Englishman William Hershel confirmed it as the seventh planet from the sun.

Named after Zeus’s grandfather Uranus, best remembered for being castrated by his son Saturn, the hilariously named planet was only a blue blip until 1977. Astronomers using the Kuiper Airborne Observatory discovered a series of rings the circled Uranus around it’s uniquely tilted axis. This marked the second such celestial feature alongside fellow gas giant Saturn.

Years later the solar system observer Voyager arrived near Uranus and confirmed that Uranus not only had a complicated system of rings, but also 27 moons of various sizes. With a new discovery at every turn the question remains, what new wonders does Uranus have in store for us next?