The 3-time Formula One world champion Ayrton Senna is killed in an accident whilst leading the San Marino Grand Prix at Imola. 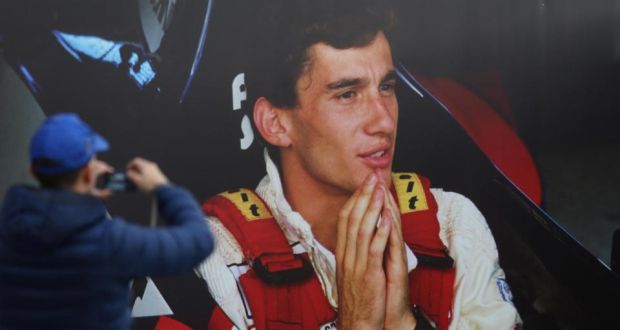 Brazil’s three-time Formula One world champion Senna was killed in an accident during the San Marino Grand Prix at Imola on May 1st, 1994. The circuit is being opened to the public from the 20th anniversary on Thursday through to May 4th.

Roland Ratzenberger, the Austrian driver who died the day before Senna in a crash on the same track during qualifying, will also be remembered.

Past and current figures from F1 are set to be present for a series of events, from which a part of each day’s proceeds will go towards the Ayrton Senna Institute’s charitable works.

Around the Imola site – where the paddock and pits will be open and people will be able to either drive, cycle or travel on foot around the track – there will be a commemorative ceremony, as well as exhibitions and talks, including a presentation on safety in F1.

A lasting legacy of the deaths of Senna and Ratzenberger was the impact they had on the attitudes towards driver safety in the sport. It is testament to the measures implemented since, that Senna, who was 34, remains the last driver to die over the course of an F1 weekend.

The Sao Paulo native was truly a sporting superstar at the time of his death, and has attained almost demigod status in his home country. He made his F1 debut in 1984 with Toleman and, after moving to Lotus, secured two fourth-placed championship finishes and then third spot in 1987.

In 1988 he joined McLaren as team-mate to Alain Prost, and from there, one of the greatest rivalries in F1 history played out.

Senna pipped the Frenchman to the title that year, saw Prost take it ahead of him in 1989, and was then crowned champion in each of the following two seasons, becoming the then-youngest three-time champion in history in 1991 at the age of 31.

In 1992 he came fourth and was then second in 1993 as Prost, who had moved to Williams, claimed his fourth title.

Senna finally joined Williams himself for the 1994 campaign, with Prost deciding to retire as he refused to be his team-mate again. The Brazilian made his worst start to a season with two retirements in the opening two races. The third race, which proved to be his last, was at Imola.

Senna, who was leading at the time, crashed on lap seven, smashing into a wall at the Tamburello Curve and sustaining fatal head injuries.

Brazil’s president Itamar Franco ordered three days of national mourning, and when Senna’s body was flown back to his home city, an estimated three million people lined the streets to pay their respects as it made a 20-mile journey from the airport to the building where he lay in state.

Once there, the queue of those who wished to pay their last respects is understood to have stretched for three miles, some suggesting it was seven hours before the last of the 200,000 mourners shuffled past.